Avascular necrosis, or bone death from an interruption in the blood supply to the bone, often results in debilitating pain, and can become crippling. 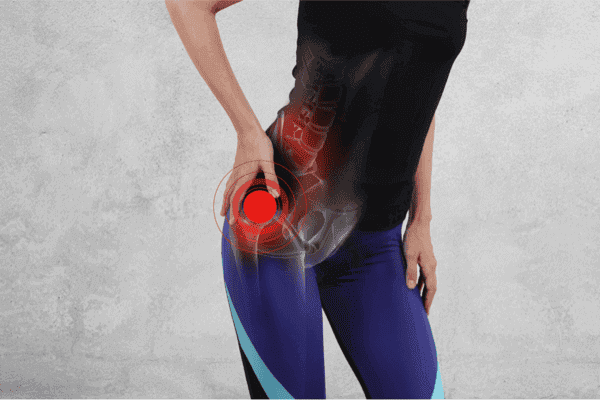 You or a loved-one had Avascular Necrosis? Talk to our experts today.

Have a conversation with our experts, to see if HBOT might be right for you or your loved-one, or just to schedule an appointment.

However, in a recent study of 30 patients with avascular necrosis of the hip, researchers showed that after 20 to 30 treatments, all patients in the study remained significantly painfree after 7 years, and none required hip reconstruction or replacement.

Avascular necrosis can occur in the hip, knee, shoulder, ankle, elbow orthe wrist. Most commonly though it occurs in the hip, and specifically the femoral head. The second most common instance occurs in the knee, causing often debilitating pain when walking.

For such an intensely painful condition, we have to ask what causes it. Avascular necrosis, it turns out, can be caused by a number of factors: trauma, drug side effects and disease. Avascular necrosis of the femoral head often results in pain while walking. It also causes limping and sometimes groin pain, and sadly, often cripples people who suffer with it. Fortunately, hyperbaric oxygen therapy helps with both hip and knee necrosis.

Of the 30 patients in this study, 19 had FNH stage II (called Ficat Stage II by the medical community, after the doctor who invented the FMH classification system). All patients received 30 treatments of HBOT. Although no significant improvement was noticed in range of motion within the first 10 treatments, there were significant benefits after between 20 to 30 treatments. Patients experienced a decrease in pain, and an increase in stability and range of motion. Authors indicated that all 30 patients remained significantly pain-free the after seven years! None of the 30 patients needed hip reconstruction or replacement.

A further review of the literature on using HBOT to treat osteonecrosis included a total of ten studies. Gunes et al. said in 2017 that seven of these studies proved significant, in that they were well run. In each of these studies, HBOT helped significantly in pain relief and reduction of osteoedema. The long term effectiveness was greater in the earlier stages of avascular necrosis, with MRIs often showing the bone returning to normal. Researchers also saw this result reflected in increased movement, a decrease in pain, and of course, the prevention of joint collapse. As a result, researchers recommended that HBOT be started as early as possible after injury. They wrote that HBOT shows efficacy over the long term, and shows a significant cost benefit. All of this said, the authors also highlighted that many more studies were needed in this area.

In 2018, A researcher Bosco (et al) conducted a study of 37 patients ranging in age from 29-68 years with osteonecrosis of the knee (ONK). Initially, patients were given 30 treatments of HBOT. Of these patients, 83.7% had knee damage resulting in stage !-!! (referred to as Aglietti stage I-II) progression, while 16.3% showed an Agliette stage III progression score.

After 30 sessions, 86% of the patients improved in their Oxford Knee Scores (OKS), 11% worsened and 3% did not change.

After 50 HBOT sessions, all patients improved in their Oxford Knee Scores, showing improvements in pain and mobility.

MRIs and radiography were also used to assess the patients’ progress pre- and post-treatment. Post-treatment MRIs showed normal femoral condyle appearance (bones in the thighs), with no edema in all but one person in the study.

I met one of the Italian researchers when he presented these results in Florida. He was both delighted with the results from these studies, and also amazed that with so many hyperbaric chambers in the US, so little research was being done.

Some people have suggested that 30 to 60 hyperbaric treatments are too much of a bother and cost. However, because the side effects of HBOT are minimal, as are the complications compared to those of surgery rates, it seems odd to say that laying in a chamber and napping or watching a movie for 30 to 60 sessions is more of a bother than knee or hip replacement! In fact, perhaps we should compare 30 or 60 HBOT treatments to a life minimized by pain while walking, or surgery, recovery and complications. Only your physician can make the proper assessment, but based on this data, HBOT should be seriously considered as an option.